The project took place between 2010 and 2012 & its acronym is LIFE08/ENV/GR/000576 SMARt-CHP. The project aimed to demonstrate an innovative, small-scale, mobile power production unit, which uses the agricultural residues generated in rural areas where large amounts of biomass wastes are available. The total project budget was € 947,287 (EU contribution € 450,143) and was divided among the Aristotle University of Thessaloniki, the District Heating Company of Ptolemaida & the Union of Agricultural Cooperatives of Amyntaion in Greece. 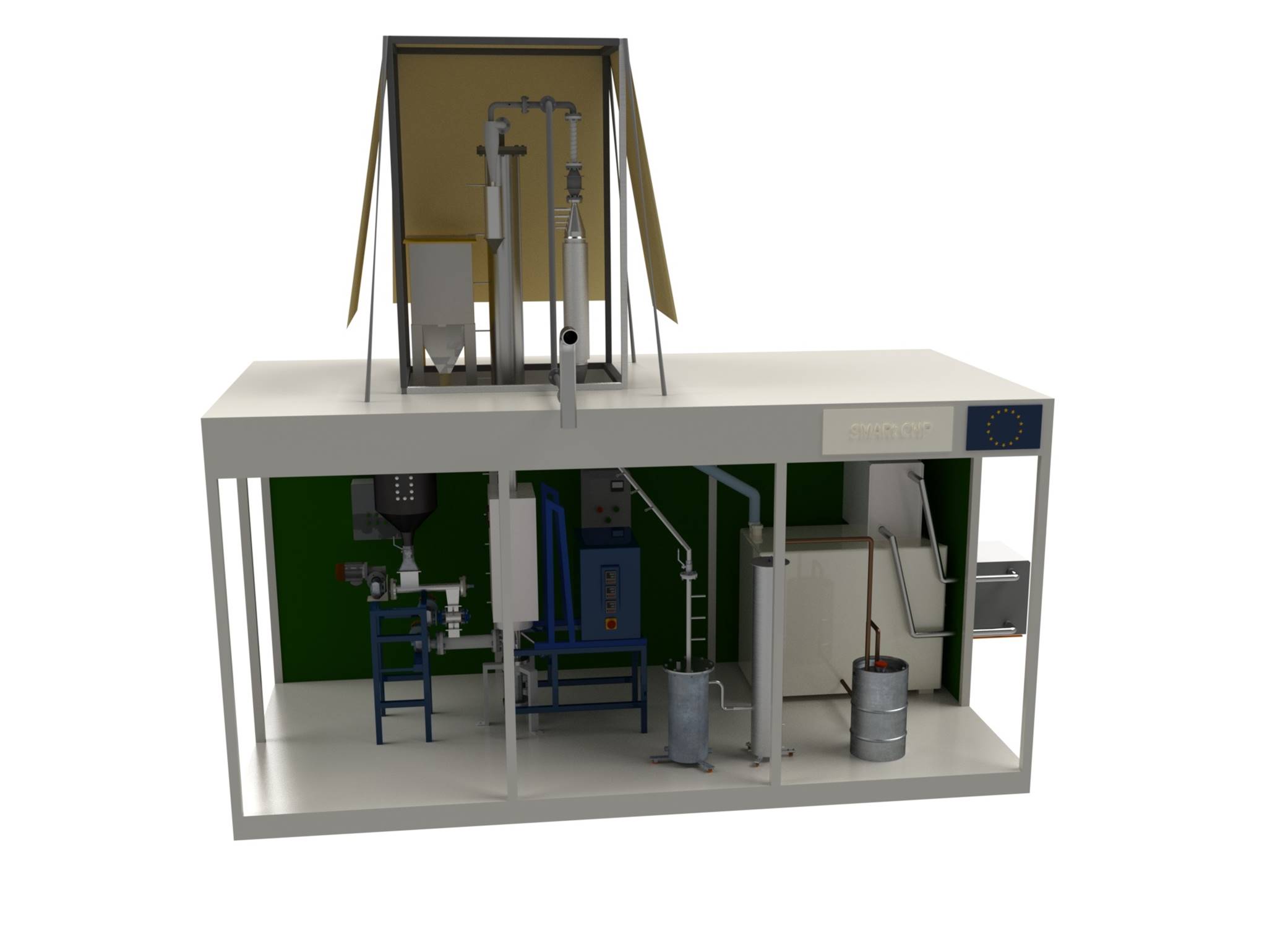 In lab & in fully operational environments.